上圖：白雪公主與七支箭矢。“I love Soul Calibur games and one day I was playing SC4 and it hit me: PRINCESS + ARMORS= YES. YES YES. But I guess she is more like hunter than warrior. I trying to draw more Princess warriors when I have time BUT BUT soon I will be moving to new apartment sooo I don’t have much free time to draw. But I totally want to draw more of these! SO MANY IDEAS!!!!” 寶嘉康蒂。“She was suck a pain to draw and color too … ::: D And her design isn’t so different from the orginal costume but I just wanted to make her more .. umm .. ruthless I guess… She is some kinda of executioner-warrior : DDDD Also I didn’t want to make armor to her or sword or anything like that I wanted to keep her ”wild” : ) I love pocahontas BTW!” 茉莉公主。“She should be a thief. I didn’t draw any hood or turban for her ‘cause she doesn’t want to hide her identity, her face scarf is just a cover for sand and dust. She has two blades, cave of wonders and Rajah.” 愛麗絲。“She is about 15-16 years old and get stuck in Wonderland where her majesty the Queen decides to name Alice her guard. For what? Nothing I guess, Queen just said so so her have to. Mad Hatter and March hare made her costume and Hatter even give her on of his shoes. (other one is from MR. caterpillar) She can summons Cheshire Cat with her chield, no one know is it going to work or not.” 仙杜瑞拉。“One day her maker dies and his wife(evil step-mother) is her new owner. Well she treat her like s*it, her own doughters rip Cinderellas dress for peaces ’cause they think servants cannot wear clothes like humans. Cinderella accept her place as an android-servant as any other androids in their world… Until she meets this fairy godmother lady! Who can make one of her wishes true. Cinderella wishes to be human but fairy godmother can make her a human just for one day and Cinderella agrees.
She becomes a human, escapes out for a day, she meet people in town and the accept her and she couldn’t be more happier. She end up for a big big party where she meet very nice man and she dances with him and they talk etc. Cinderella forgets a clock and suddenly middle of the party she transforms(?) to android again and people around her triest to panic who is she guards are asking her to stay away from the prince(suprise!!) ’cause they think all the androids are threat and not allowed to enter prince’ party/come to near him. Guards are trying to catch Cinderella and they rip off her left arm but she escapes and hides to shadows.
After this she wents home depressed and her owner(LAdy-evil-mother) gets mad when she sees Cinderella and her arm.  She start to mock Cinderella’s maker-father and suddenly Cinderella cannot take it anymore.. She kills!!–/(or hurts) step-mother and becomes kingdoms most wanted android who is dangeorous for all humans!!! And then she builds her new hand and stops believing for good-humans… Or something.. Like that.
And the prince finds her arm and tries to find the owner but she is far away and nowhere to be wound… 小美人魚 1。“So this is Ariel’s ”Mermaid” costume and she is more like mage in this form. She gets her voice back when she trandsworm to mage. She looks little bit younger than the other one I drew but I think it’s okay.”

小美人魚 2。“So this is my ”warrior” version of Ariel. I’m gonna make another costume for her which is more like her mermaid form. I call her Silent warrior ’cause she can’t talk, her voice and true strenght is inside that seashell. When she needs it, she can release her strength from it and transform more powerful warrior. Or something like that… I had in my mind… mm ( . u .; ) I’m not good at writing my thoughts.” 睡美人奧蘿拉。 “This time Sleeping beauty – Aurora : ) Her staff is kinda boring but there wasn’t much room for bigger staff when you have only A4 paper size :: D My scanner made this picture little bit too bright….Also her face looks too long… and her hair — OKAY IT’S FINE blaah blaah 貝兒公主。“So the story behind this picture: I wanted Belle to be King’s “the secret keeper” or something like that. She is the only one who knows that his majesty is under the curse and she protects the King(Beast) and his secret! BUT! One day one of the King’s guard named Gaston, becomes jealous that woman is the King’s ”bodyguard” knight and wants to take her place. King refuse and one night Gastone is shadowing Belle and he finds out that king is the beast and tries to murder him! Belle fights back! And I don’t know how it going to end but surely for blood and tears ~~~~” 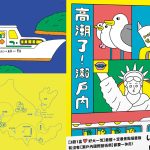 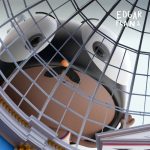 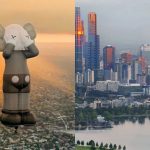 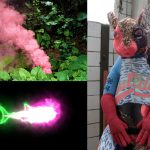 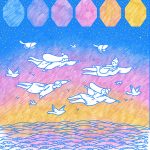